In Winnipeg Free Press December 29, 2012 article "Selinger's got game" Manitoba Premier Greg Selinger thinks it is appropriate to prioritize taxpayers' money  (despite the province facing the largest deficit in recorded provincial history) to support the financial hardship incurred by--egad,  politicians during elections. This epiphany came at the heels of the new Leader of the Opposition Party--Brian Pallister's purchase of a $2 million mansion in Winnipeg.

In the United States, democracy "has really become a club for millionaires and, in some cases, billionaires," ... Selinger went on to say, "I think that democracy needs to function in a way that average people have a chance to participate in it...and if that requires modest amounts of public investment to do that, I don't think that's inappropriate."


Please do your part to remind Mr. Selinger that there are others, certainly more vulnerable (who cannot access the democratic process) than leaders of political parties whose own personal wealth could likely support a small country. Also, are the majority of politicians not in fact lawyers? What's next on your game plan--send a poor NHL player to camp?

When you consider that the average income for an individual in Manitoba is $29,250 according to 2010 Stats Canada, and the average hourly rate for a lawyer is $250 to $600 an hour, it is safe to say, the average person is not being represented. It is well reported in my blog, and would appear to be the consensus of expert opinion that those that do try to represent themselves generally end up getting badly beaten and bruised as the court system does not encourage or support self-represented litigants.


Self-represented litigants ‘treated with contempt’ by many judges, study finds  as seen in FAIR article.

Jamie Ryan has been fighting for equal access to his young daughter since the day she was born nearly three years ago. When his ex-girlfriend announced she was moving to Toronto and taking their daughter with her, Ryan hired a lawyer and spent $30,000 trying to stop her. The judge ruled against him. “So that was a waste of money, really,” he says.


Since then, Ryan — who owns an Ottawa company called Executive Golf — has been representing himself in court. So far, he’s appeared before seven different judges. Despite some limited success, the experience has been deeply disillusioning. The judges, he says, treated him like a criminal...

Julie Macfarlane is a law professor at the University of Windsor and has interviewed about 280 self-represented litigants in Ontario, Alberta and BC as seen in FAIR article:

What has surprised me is how traumatized people are by the experiences they're having, how many lives are getting wrecked, how much anger and frustration is out there," says Macfarlane who plans to publish her findings this spring. "It makes you wonder, given that self-reps are now a majority in the legal system, how much longer the system can hang on.
FAIR Newsletter - posted January 1, 2013

Those that are self-represented generally find themselves fighting a David and Goliath battle where justice is not weighed on evidence, but on the fact those with deep pockets (like government, big business, and members of The Law Society) have unlimited resources and nothing but time on its side.
See related posting: Legal Costs Laughing Matter to Ombudsman
Being self-represented is disadvantage enough, but if you also happen to be a person with a mental disability, you will likely find NO advocacy or accommodation, particularly if the complaint is against the Province or its government services.
We need to be mindful as to why legislation came up with the concept of tribunals, such as the Human Rights Commission and Labour Board in the first place. These were established (and hoards of tax dollars spent) and rationalized as follows:
And yet, when I tried to access these government services, I was verbally assaulted, reproached by a board member/lawyer for crossing the line --"delving into a lawyers' world!"
See related posting:
A Bullish Government: Electronic signatures, rubber stamping ...
Oct 26, 2011
And it seemed to really anger him that Marielle was way over her head delving into a lawyers' world. "This (Labour Board) is not an investigation. It's a trial by paper and you blew it by not going to a lawyer!" In anticipation of ...
http://rowan4u.blogspot.com/

Not until we have a government that actually does fight for the average person, and one that actually encourages and yes--demands civil behaviour of politicians and provincial gatekeepers; will we be able to ensure civil rights for everyone and ensure that we can access our rights to justice as equals in a democratic society.
Posted by Marielle Rowan at 11:26 AM

The Value of Hope

As the Catholic priest Thomas Merton counseled a young activist:

"Do not depend on the hope of results. When you are doing the sort of work you have taken on, [...] you may have to face the fact that your work will be apparently worthless and even achieve no result at all [...]. As you get used to this idea you start more and more to concentrate not on the results but on the value, the rightness, the truth of the work itself."


Manitoba: a province plagued with an Invisible Disorder

Updated 6-July-2016
It's been a few years now:
Complaint filed with Chief Justice Glenn Joyal dated 19 April 2013 of shenanigans in his Court of Queen's Bench STILL ignored and buried. See collusion in hate crimes against those most vulnerable: Indictment of not ONE but an Indictment of MB Judiciary excerpt:
"The noted wrongdoings which ended with (Master) Berthaudin reflect and incite hate of groups known to be disadvantaged without merit or justification ... As is the case with hate crimes I have been under attack, not for being wrong but for what I represent..."

5 June 2013 complaint to Canadian Judicial Council against Chief Justice Joyal for ignoring 19 April 2013 complaint (against a Master that also implicates other judges) is STILL ignored. Given C.J. Joyal (together with 'Manitoba sex scandal judge' Lori Douglas) sits on the CJC (whose duty is to determine whether a judge acted inappropriately or not), the no response to my complaint should come as no surprise.

6 June 2013 (open letter posted) to Police Chief Clunis re violations under The Criminal Code -- still no response. It's always a tragedy when potentially good people are enslaved to go along--to get along, contrary to principles, values, and law.

See no Evil. Hear no Evil-- then there's Evil.

I'm for truth,
no matter who tells it.

I'm for justice,
no matter who it is for or against.

I'm a human being, first and
foremost, and as such I'm for
whoever and whatever benefits
humanity as a whole.

Posted March 7 2013: "I am still a member of the Law Society of Manitoba," former white collar criminal prosecutor and defence lawyer, Raymond Flett writes after retirement. "Becoming a lawyer, at least in Manitoba, is like joining the mafia; you’re in until you’re on the other side of the grass." Click on image to posting. 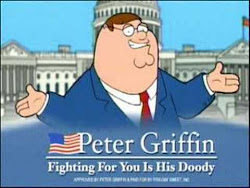 ... democracy "has really become a club for millionaires and, in some cases, billionaires," ...Manitoba Premier Greg Selinger went on to say, "I think that democracy needs to function in a way that average people have a chance to participate in it...and if that requires modest amounts of public investment to do that, I don't think that's inappropriate." click image to posting

Democracy is eroding before our eyes as government authorities forego wisdom and compassion. 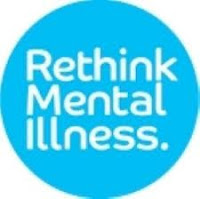 Peace and Goodwill to all with Mental Illness

What's worse? Doing wrong or knowing that you are doing wrong -- have full power and authority to do something about it -- and yet still choose to do nothing? click image to posting

How are Today's Lawyers Perceived?


"...lawyers are now perceived –
acting in our own interests first,
in clients’ interests second,
and in the interests of the public,
the justice system,
and doing the right thing
much farther down the list, if at all...

...we have lost much of the public’s respect, and we are hearing the first grumblings about why lawyers should merit special treatment in their governance.

...lawyers like the laws that enable our livelihoods, exist for the purposes of clients, not the other way around.

Our profession, unfortunately, too often sees that in reverse, viewing clients primarily as a means to our own ends rather than as ends in themselves.

DIAGNOSING THE FAILURE OF PROFESSIONALISM AMONG LAWYERS AND FINDING THE CURE

UPDATE re Cyber-bullying by MLB

Labour Board was forced to clean up its act - at least to a CYA level. Chalk one up to blogging and 2000 views later!

Although the Board had been put on notice back in 2010 by Ombudsman Irene Hamilton, the practice of posting personal info on its website continued as the MLB Chair saw himself as Master of his Domain.

The online decisions against MGEU and MHRC Dec 20, 2010 showed how far the Board would go to publicly humiliate someone ONLINE. In this case (Schwartzman) a Human Rights investigator filed a Human Rights and Labour Board complaint against his employer, Government of Manitoba.

Two years later the names were replaced to initials. Kind of like now when referring to the Judge scandal-- please use LD and her lawyer husband JK. to respect their privacy. 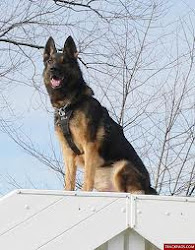 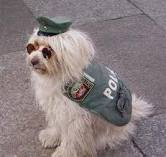 MB Ombudsman Complaint against Human Rights Tribunal filed Oct 2010 stonewalled; MLB violating privacy laws -unresolved; copyright infringements - not accepted; and more. Yet MB Ombudsman Irene Hamilton gets thrown a bone by MB Justice. Click photo for story (QUESTION: What are the assumptions being glossed over in the Free Press article that seems to read more like a Gov't Press Release?

MOBBING VS. OTHER EXITS

"Ironically, it is in workplaces where workers’ rights are formally protected that the complex and devious incursions on human dignity that constitute mobbing most commonly occur ...

It happens in police forces, too, since management rights in this setting are tempered by the oath officers swear to uphold the law.

Mobbings appear to be much more frequent in the public service as a whole, as compared to private companies." 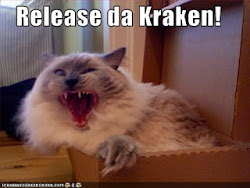 Due to Employment Equity A FEW GOOD MEN has been pre-empted by MEAN GIRLS already in progress...

Well, you may be right but Ombudsman is keeping that news under wraps.


"...a public apology or a press release would seem to contradict the very basis of your complaint about privacy."

The MB Ombudsman has yet to learn, a pint of example is worth a barrelful of her fluffy recommendations.

"... any potential public-interest benefits would not outweigh the likely cost to our office in human and financial resources.

We are a small office and, given our commitments to our existing clients, we cannot take on a case of this nature at this time."

"What is most frightening is that the provincial government would view brute force as an effective, and even desired means of achieving its goals of effectively dealing with issues involving mental illness, rather than showing compassion and empathy..." knowing there would be no intervention or retaliation.

"Any man can make mistakes, but only an idiot persists in his error." Cicero

Don't follow where the path leads - go break new ground for others who can't.

Here’s to the crazy ones. The rebels. The troublemakers. The ones who see things differently. While some may see them as the crazy ones, we see genius. Because the people who are crazy enough to think they can change the world, are the ones who do.

Marielle Rowan
Winnipeg, MB, Canada
I believe by altering one's attitude you can affect any outcome. Accountability is the by-product of strong, decision-making skills developed as a result of taking each experience, and identifying the 'what', the 'why' and the 'how'. Most important, often left out is to then ask, "OK, now that I know this, what am I going to do with it?" When something doesn't align with one's principles, not only do we have a right to speak out against it, but we have a duty to bear witness to it as well.